DEVBLOG #7. PREPARATIONS FOR THE COMING UPDATE

Backers exclusive closed alpha is still ongoing. We are grateful for all the feedback that we have received and it has been a great help for us in our goal of improving the game and making it more fun for you! In addition, we recently announced a new minion on our social networks. Let’s have a look at it!

A lost soul is a spirit that has been trapped on the mortal plane for so long that they have forgotten what they looked like when they were still alive. Necromancy can accelerate this process, forging these souls into agents of  lies and deception. Taught to delight in lies and betrayal, these spirits take on the form of masked women that lure mortals to their doom. 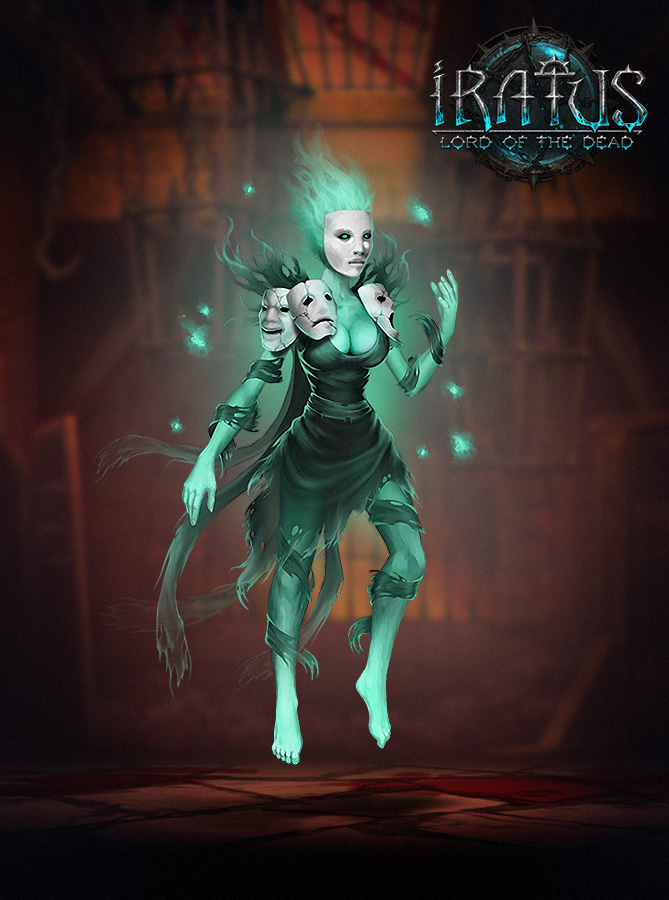 At the moment we are actively working on the animations of previously announced characters. Here's an example of one of the Ghoul’s attacks.

Before the closed alpha launch we released an update with a numerous changes, which were described in the previous devblogs but there was one we missed. The enemy Berserker was reworked. They are battle-hardened warriors that would rather die and be turned into an undead than flee from a fight. So bear this in mind and be ready, since they will often enter a state of destructive rampage.

Right now we are preparing the new update based on the feedback received from the closed alpha test.

Insane enemies often attacks allies and sometimes this would cause them to restore sanity to themselves after landing a critical on their friends. This will no longer happen as it didn’t make much sense to us! ;)

Our Shieldmaidens need some attention too. Currently they can apply a redirect to each other or start protecting the same companion over and over. It gets a bit crazy: the shieldmaidens are certainly having a good time but the player is at a loss. At the moment we are looking to address this issue.

Minions are already a bit tired during the closed alpha but soon they will need much more rest to recover Vigor between battles. The dead need sleep too!

Vampires have proven to be good fighters but bosses have been unreasonably vulnerable to these bloodsuckers. The Vampire ability "Bloody Fury" will continue to take off 33% health from ordinary enemies but its damage will be reduced to 20% against bosses.

Iratus will need more time to examine the artifact “Book of Wisdom” and apply the new knowledge in practice. You will need to equip the book, enter a fight and if you win, the two talent points are yours but if you lose, it wasn't meant to be.

We continue to adjust balance and economy. The beginning of your journey may seem easy but the closer you get to the exit the more complicated things will become.

We will be gradually adding images to our events and we hope it will make them more readable and interesting for our players.

New backgrounds will be added with the upcoming update.

These are the main changes to date. We are happy to answer any questions you might have